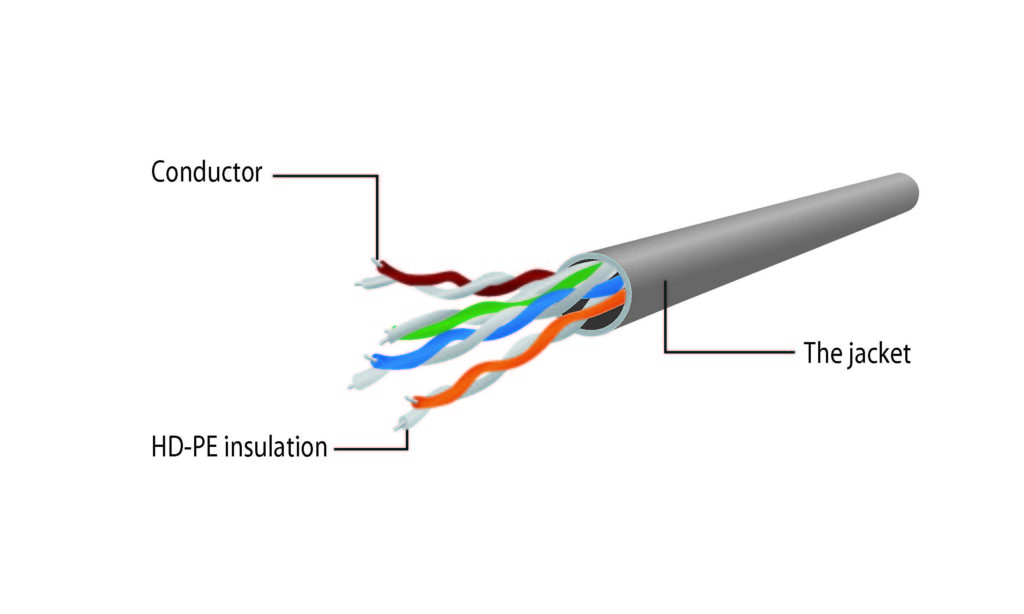 It can be difficult to choose the proper cables for your network. Unless you’re an expert, it’s unlikely that you’ll be able to tell the difference between different types of cable and where they should be used. Cat5e CMP Bulk cable is a newer version of the Cat5 cabling standard. The cheapest option is Cat 5e (Category 5 enhanced), however it is also the slowest.

It can transport data at speeds of up to one Gigabit per second (Gbps) over a distance of 328 feet at 100 MHz CAT5e cables are typically 24-gauge twisted pair wires. It is made up of four copper wire pairs. It provides better network performance. Cat5e cables are designed to provide Gigabit speeds of up to 1000Mbps in addition to Ethernet and Fast Ethernet capabilities.

In this way, Cat5e cables have a frequency rating of 350 MHz. Cat5e cables can support Gigabit Ethernet speeds due to their enhanced bandwidth, which allows them to transmit more data.

Cat5e cables / Cat5e cmp bulk are backwards compatible, allowing you to quickly upgrade your entire network or just a portion of it for better performance. However, because of the improved performance, Cat5e cabling is being used in many new cabling installations. Cat5e cables are suitable for the majority of business environments if you’re thinking about upgrading your cabling infrastructure.

Improved network performance can significantly boost your company’s efficiency and production of Bulk Plenum Copper. You’ll be able to accomplish much more, much more quickly, and fully utilize emerging technology.

A CMP-rated jacket is included with the Cat5e bare copper cable. For cable jackets, the CMP rating is the highest. CMP-rated cables are primarily designed for installation in building plenum spaces. Because the potential of a fire erupting in these regions is substantially higher, a CMP-rated cable must be installed. Cat5e ethernet cable is still one of the most commonly used cables in the planet. The cable offers excellent crosstalk and EMI shielding and is compatible with all current applications. It is used by both residential and commercial customers.

...and receive Latest Updates From Our Blog

You were not leaving your cart just like that, right?

Enter your details below to save your shopping cart for later. And, who knows, maybe we will even send you a sweet discount code :)