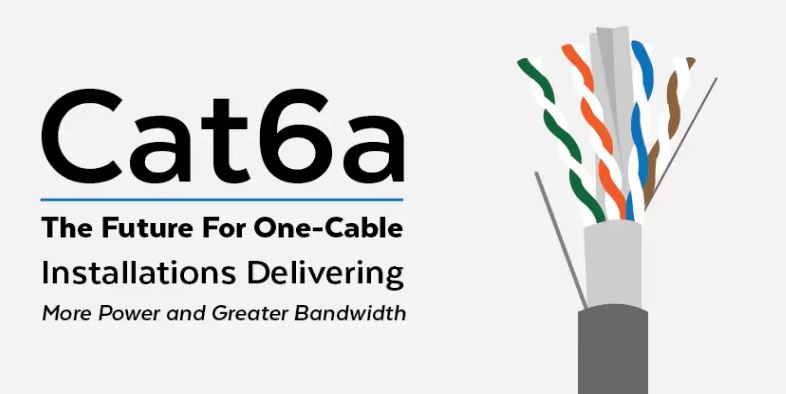 What is category6 Cables?

Cat6A Plenum Cable is an ideal choice if you need a cost-effective solution for a future cabling infrastructure. Cat6A and Cat6 are completely compatible. The additional bandwidth effectively doubles the cable’s effective distance.

CAT6A cables have a maximum bandwidth of 500MHz and can support data transfer rates of up to 10Gbps. This Category Cables Plenum is also backward compatible with both CAT-6 and CAT-5e. So, if you want your cabling system to last longer, you should select to install these cables.

CAT-6A cable comes in a variety of forms. The term CAT-6A U/UTP refers to a cable with four unshielded twisted pairs and no outside shielding. CAT-6A F/UTP denotes that the cable is made up of four unshielded twisted pairs with an outer foil shield. This cable is insulated. An upper foil shield surrounds each copper pair or all four copper pairs in shielded CAT-6A cable.

A U/FTP cable is one of the most recent additions to the CAT-6A shielded cable line. Instead of an exterior foil shield, all four pairs of this cable are separately shielded. Overall, the wire’s test results and performance have been fairly incredible.

The cable twists are the second update. Cat6A adds two more twists. This makes the cable more durable and resistant to crosstalk in general. The cable construction of Cat6A includes additional insulation.

This thickens and weightens the wire, but it also reduces alien crosstalk. Because of the increased cable bulk, switches, cabinets, and other closely packed network stations may be unable to use it.

Why CAT6A is good for Wi-Fi cables?

What are the disadvantages of CAT6A?

While others consider the CAT6A cable’s size and weight to be a disadvantage. Others may point to termination methods as a disadvantage of CAT6A, although new technological have reduced termination and installation time. CAT6A is more expensive than CAT6 but offers more advanced features. It has a thicker, heavier cable jacket with an identity printed on it.